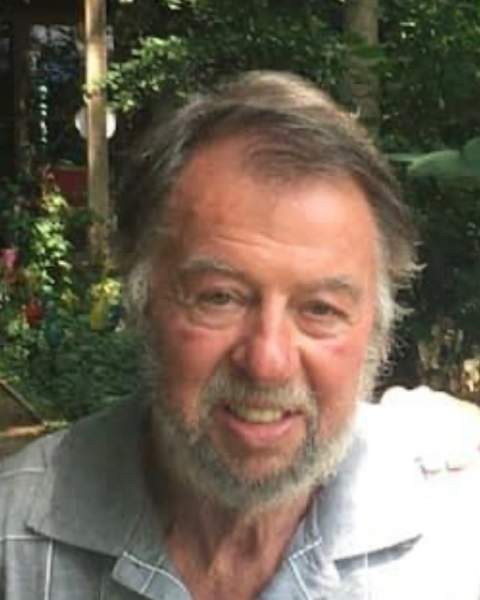 Robert Daniel “Dan” Thurman, 75, died peacefully after a very long battle with Parkinson’s disease. He was preceded in death by his parents Quentin and Roberta Thurman, and sister Sharon Thurman. He was a Vietnam veteran and served in the army near the DMZ in Quong Tri Vietnam. He loved making speeches through Toastmasters International, and with his speeches achieved the highest honors possible. He was a proficient painter and was very proud that one of his paintings hung in the Capitol Building in Nashville. He spent many days in Cades Cove painting its natural beauty. He was the owner and CEO of Thurman Group Advertising. He loved picking and grinning with his many friends and had a great passion for playing his guitars. Dan was considered by many as one of the very best guitar “Flatpickers” around. He was very influential and supportive of many of up and coming guitar players. It was very common to hear one of the young pickers say, ‘I learned that by watching Dan Thurman.’ Another favorite pastime was taking motorcycle trips with his buddies on his beloved Harley. He never wanted to be idle except when he was kicked back in a rocking chair smoking his big cigars. Survived by wife Marty Smith Thurman and his brother David Thurman.  A Celebration of Dan's Life will be planned for a later date.

To order memorial trees or send flowers to the family in memory of Robert Daniel "Dan" Thurman, please visit our flower store.