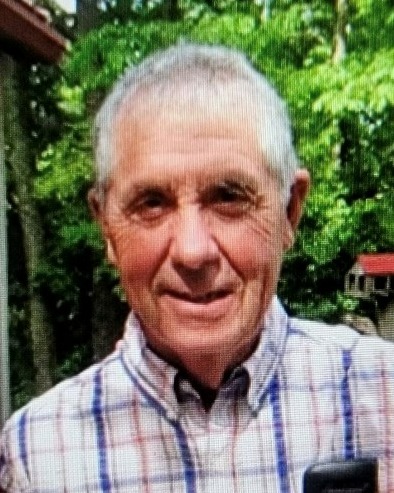 For his entire life, Ken made and kept friends. So, while his family will miss him dearly, many friends will miss him equally. Countless hunting, fishing, and snowmobiling trips were some of the activities that forged those friendships.

Born in Pontiac, MI to Henry Edwin Scott and Eleanor Josephine Hayes, Ken spent his youth visiting family in Riceville, Ontario, with his parents. He attended Pontiac schools, where he was a swim team member, graduating with the class of 1955. He attended Eastern Michigan University until enlisting in the United States Army in 1958.  Ken served in the Third Infantry Regiment, The Old Guard. His duties included:  standing guard at the Tomb of the Unknown Soldier and performing military funerals at Arlington National Cemetery. He was a member of the Army National Rifle Team.

Ken was an avid sportsman. He coached little league football, basketball, and softball with the Lakeland Athletic Association for over 15 years. In addition, he enjoyed hunting, fishing, snowmobiling, and running. His trips to South Dakota for pheasant hunting with friends and later his son, Ken, were among the highlights.

After retiring from the Detroit Edison Company, Ken and Gail moved to Lake Gogebic in Upper Michigan and built a house on the Lake. They became active in their community, serving to expand tourism through snowmobiling. Members of the Michigan Snowmobile Association, Ken was elected Vice President and President and served from 2004 to 2007. His membership was especially important to him and to the sport, whether it be grooming trails or lobbying for better laws and funding.

Ken and Gail moved to Maryville in 2016 to be closer to family.  Ken was a humble man who lived with grace and generosity. He will be horribly missed. It was at Ken's request that there be no funeral service or memorial. In place of flowers, please consider donating to The Wounded Warrior Project, PO Box 75841, Topeka, KS 66675-8541.

To order memorial trees or send flowers to the family in memory of Kenneth Alan Scott, please visit our flower store.