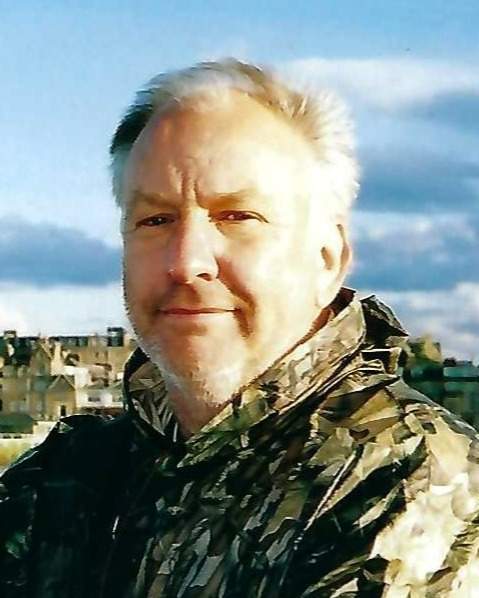 Jim was an alumnus of Georgia State University and Washington University in St. Louis, where he earned undergraduate and graduate degrees respectively.

He taught philosophy at the Missouri Institute of Science and Technology in Rolla, Missouri; the University of Missouri-St. Louis; and, prior to his retirement, Polk State College in Winter Haven, Florida. He was passionate about Philosophy of Science, Logic, Philosophy of Religion, and Ethics.

Jim was a perennially popular professor, earning the admiration of students for his keen interest in their academic success, his engaging teaching style, and contagious enthusiasm for his subject matter.

He had a voracious appetite for reading, and one of his favorite pastimes was visiting used bookstores. He enjoyed film, theatre, art, and music. He also loved sports, played tennis and cycled, and was an avid Alabama football fan. He was known for his warmth, humility, and sense of humor.

More than anything, he loved spending time with his family and was a devoted husband and father. He was married to Lee Ann (Matthews) Mayhall for 37 years and shared with her two wonderful sons, Benjamin Adam and Nathan Carl, whom he adored. He loved sharing the outdoors with them, particularly the Florida beaches. He was proud of his Scots-Irish and Welsh heritage and delighted in Adam’s musical talents as a piper in Scottish Highland festivals. He was equally proud of Nathan’s basketball prowess and could be found shooting hoops with him several times a week.

Jim’s religious faith was important to him. He was a Christian and was confirmed in the Episcopal Church by the Bishop of Missouri on April 28, 1991. He served in the Order of St. Luke at All Saints’ Episcopal Church in Lakeland, Florida, taking Communion to the homebound and hospital patients.

Jim’s family wishes to express sincere thanks to the special doctors, nurses, and staff of Blount Memorial Hospital and Tennova Turkey Creek Medical Center for their care and compassion during Jim’s hospitalization.

A private memorial service will be held September 14 in Maryville and will be co-officiated by Pastor Jennifer McIntyre and Dr. Randall L. Ford. Flowers may be ordered through Flower Shop Inc. at 865.981.4222 (maryvilleflowershop.com). Alternatively, donations may be made to Christian Healing Ministries, 438 W. 67th St., Jacksonville, Florida 32208 (christianhealingmin.org). Condolences are invited at: cremationbygrandview.com.

To order memorial trees or send flowers to the family in memory of James Walter Mayhall, Jr., please visit our flower store.