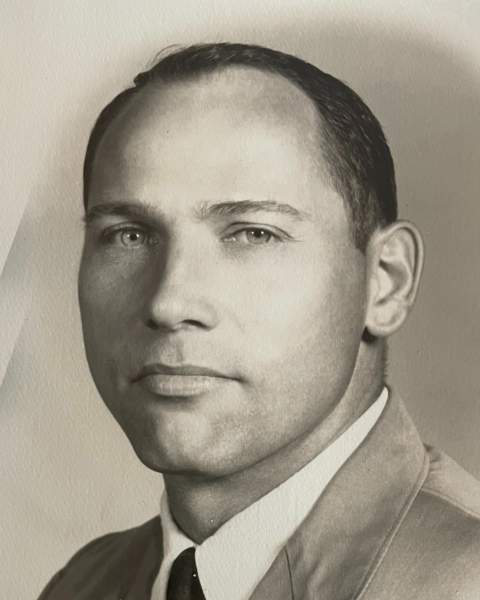 Donald Karl Beachy age 89 peacefully passed away Monday, September 5, 2022 after a long and happy life well lived.  Born February 14, 1933 in Toledo, Ohio, he was son of the late Mr. and Mrs. Ralph and Mildred Beachy.

A graduate of University of Toledo, Don began working with his father at an Ice Plant where he gained strength hauling 200 pound slabs of ice on his back.  He then ventured into the art of sales beginning with Libbey Glass and eventually settling into a career of insurance as a field agent and then special agent overseeing sales agents in central California.  His career continued in Seattle with Fireman’s Fund insurance and finally culminated into a more liberating independent contract position, conducting insurance inspections for businesses throughout Washington State.

Don served in the United States Army Reserves for over 30 years, retiring as a Colonel.

Donald met and married Helen on the East coast and they soon decided to move out West.  Their kids were all born in Fresno California.  When Don got a job in Seattle, Washington, they traded blue skies for gray and began a new chapter.

Don was an avid golfer and absolutely loved everything about the sport.  Always looking for ways to improve his golf game, Don was constantly tinkering with new equipment and techniques.  He enjoyed sharing fun stories about rounds at Pebble Beach, Spyglass Hill and Torrey Pines.  He was a fairly quiet man, but could talk golf or baseball for days. His love for the outdoors spread to his family through their camping trips and adventures.  Their Coleman canoe was used on lakes, rivers and even the Puget Sound where it was always a mystery which type of fish or accidental shark they might catch.

Don was extremely handy and enjoyed challenging himself. He, along with his sons, built the family home in the woods of Silvana, Washington with construction training coming exclusively from a book of how to build a house.

Preceded in death by his wife of 60 years, Helen Nora Beachy passed away in 2020.  He is survived by son Matthew Karl Beachy and his wife Ann, and two grandchildren Gabriel (16),  and Allyssa (11) and Don’s dog Moxie; son Joseph Brenden Beachy and his wife Christina, grand and son Brenden (4); daughter Anngelle Helene Larmee and her husband Talmon, grand and daughters Autumn (17) and Tessa (16). He is also survived by his sister Susan Myers and husband Danny.

The family will spread his ashes, along with Helen’s, in the Pacific Ocean at Morro Bay, California where they spent many memorable moments together.

In lieu of flowers, Don's wish would be for friends to donate to the Young Williams Animal Shelter in Knoxville, TN.
To order memorial trees or send flowers to the family in memory of Donald Karl Beachy, please visit our flower store.