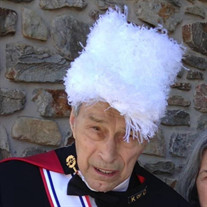 Richard James Luketich, 81, of Maryville, passed away Wednesday, June 23, 2021. He was born on January 12, 1940 in Chicago, IL. Richard graduated from St. Rita of Cascia High School, served in the U.S. Army, received an Associate’s Degree from Northwestern Business College, and went on to work for and retire from AT&T. He was a 4th Degree Knight of Columbus and a Catholic War Veteran. Richard was a member of the Rockford Freeport, IL Kennel Club and the American Legion. He is preceded in death by his parents Nicholas and Marcianna Radack Luketich. Richard is survived by his wife Bernadine Carlyle Luketich, son James H. Luketich, grandchildren PFC Timothy Luketich, Alyssa Luketich, Audrey Hooper, William J. Luketich and Cody Luketich, sister Joan Sedlacek, and niece and godchild Rebecca Sedlacek Fick. There will be a Memorial Service to honor Richard’s life on June 28th at Our Lady of Fatima Catholic Church, Alcoa, TN. Visitation for friends and family will be from 9-10 am, Mass will be held at 10 am, and Inurnment in the columbarium will immediately follow. There will be a lunch to follow at the Family Life Building. In lieu of flowers, donations may be made to Catholic War Veterans c/o Our Lady of Fatima, or St. Jude Children’s Hospital. Rich loved his family, his church, and his shelties.

The family of Mr. Richard James Luketich created this Life Tributes page to make it easy to share your memories.

Send flowers to the Luketich family.