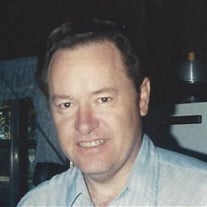 Billy Allen Heath, Sr. died peacefully in his home of 30 yrs with his loving wife by his side on July 19, 2019 in Maryville, TN at the age of 76. Billy is survived by his wife of 33 years, Carolyn Lee Heath. Children include Billy Heath, Jr.... View Obituary & Service Information

The family of Mr. Billy Allen Heath Sr. created this Life Tributes page to make it easy to share your memories.

Send flowers to the Heath family.