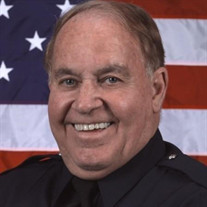 Anthony “Tony” Marvin Augustyn Jr., 78, was born on January 7th, 1943, in Duluth, Minnesota and passed away on Monday, December 27th, 2021, in Maryville, Tennessee. He is preceded in death by his parents: Anthony “Tony” Ludwig Augustyn and Gladys Elenor [Erickson] Augustyn; brother: Terrance “Terry” Augustyn. Tony is survived by his sister: Joanne [Augustyn] Phillips; nieces and nephews: Lori [Phillips] Noriega, Steven Phillips, Sr. (Janet), Robert Phillips (Cheryl), Tami Phillips; and several great nieces and nephews. He is also survived by his stepdaughter: Michelle [Dahlstrom] Pierce (Jeff) as well as his step-grandchildren: Jayden, Aubree, and Kylie; all of whom he loved so very much. Tony will also be missed by special friends: Jerry Cook (Teresa) and Terry Tinker. After his family moved to California, Tony graduated from Torrance High School, where he was a notable football player, in 1960. Following graduation, Tony worked for the family business (T & R Disposal) before beginning his career of public service. In late 1973, Tony went on to work as a volunteer firefighter and EMT for the Cherry Valley Fire Station. In 1980, Tony was a graduate of the 81st class of the Riverside County Sheriff’s Academy where he became the Vice President of his class. Later that year, Tony began his employment with the Beaumont Police Department as a patrol officer. He was then promoted to detective and became a member of the Tri City SWAT Team in 1987 before returning to patrol in 1994 to lend his knowledge and leadership as the Department’s Field Training Officer. Tony was promoted to Corporal in 1998 and in 2003, he returned to the detective division where he specialized in property crimes, crimes against persons, and homicides. In 2009, Tony was awarded the LEAC Lifetime Achievement Award for his dedication, commitment, professionalism, and positive impact on the community he served. In July 2009, Tony retired after 29 years of extraordinary service and dedication to the City of Beaumont. Following his retirement from law enforcement, Tony relocated to East Tennessee where he enjoyed the quieter side of life. Tony will be remembered for his kindness, his determination and dedication to the communities he served, his friendship, and his cometic sensibilities. Per Tony’s wishes, his ashes will be scattered, at an appropriate time, amongst the beauty and serenity of the Great Smoky Mountains National Park. No services will be planned at this time.

The family of Anthony Marvin Augustyn Jr created this Life Tributes page to make it easy to share your memories.

Send flowers to the Augustyn family.